It was a bit of a girls night out and I was hangin' with 'em. Mallory invited me to join her at a booth with her friends Olivia and Alex.
The Main on Main evening featured the sounds of Walter Davis on sax backed by Asa (drums), and bass player Furdy, the room was filled with tight jazz and heavy soloing. Zane Musa sat in on soprano sax, turning the whole gig up a couple notches, as he often does. Eric Parker on the keys sat in, an electric guitar guy who was very talented, Lyndon Rochelle on drums, Frank Abraham on bass and some other cool kats that I can't think of right now.
Vocalists too, were there to turn it out. Ronamay Love sang I Will Survive, J. Karen Thomas did her thing, with her was a vocalist named Aaron(?). K.G. Superstar sang some John Legend, Charles Morgan was in the house laying down some smooth Al Green, but the attention was on Alex Isley who gave it up at least 3 times, singing that soulful late night jazz, seductively holding the dance floor's attention.
10-G was there shooting some video of me reading some poetry and of the rest of the night as well, so look for that in the near future.
I stuck to Ginger Beer, which isn't beer at all, there's not even any alcohol in it. 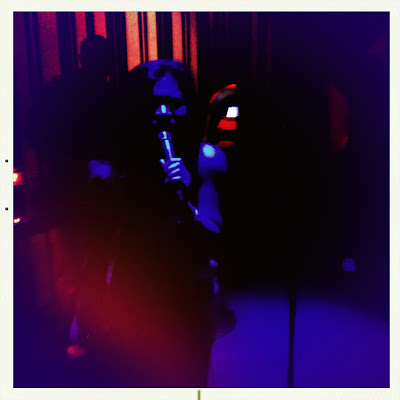 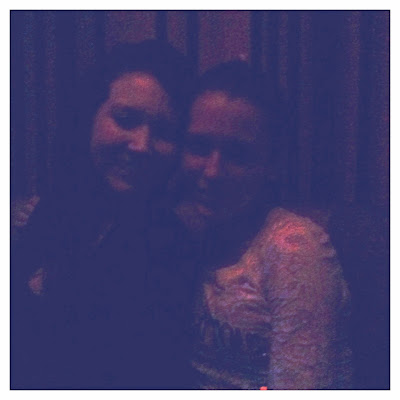 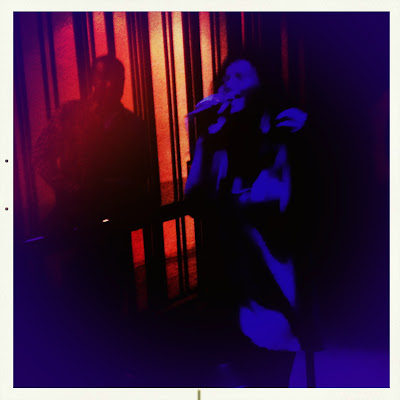 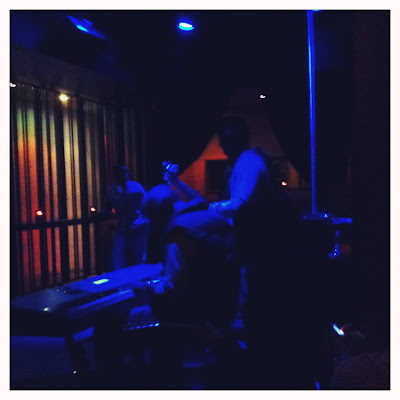 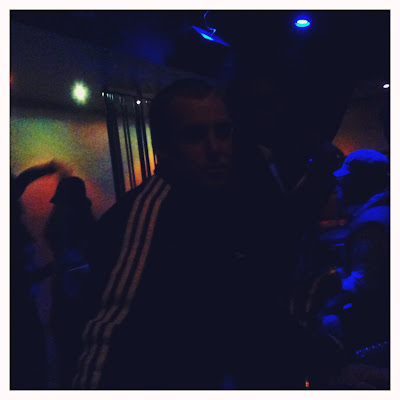 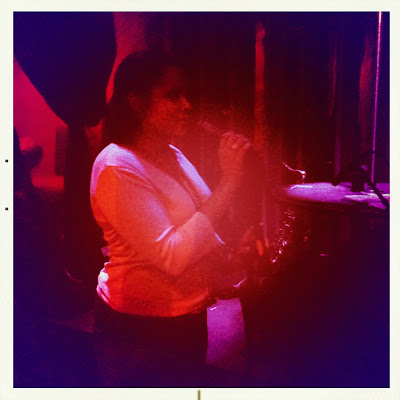 Alex Isley on the mic and having fun 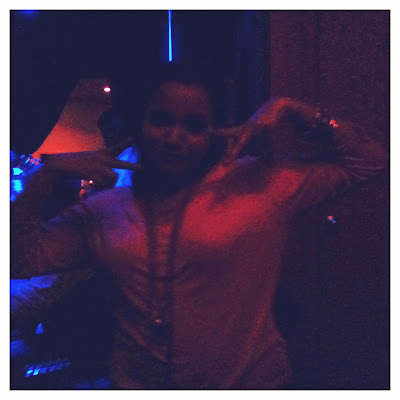