Heather vs. Mick Ronson : All The Young Dudes 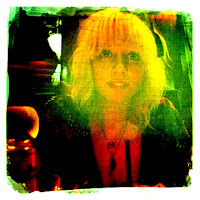 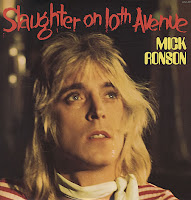 Recently, while sitting across from Heather, I noticed her expression and the way her hair was, and thought "she looks like Mick Ronson on the cover of Slaughter On 10th Avenue".

Heather didn't know who Mick Ronson was, but I assured her that he was the real deal when it came to cool-ness. Mick played guitar and sometimes keyboards for Ian Hunter and David Bowie and was a glam rock icon. His offspring are "celebrities" - his son Mark Ronson being a successful D.J./ musician/ producer while his daughter Samantha Ronson - also a D.J. - is infamous for having a very public relationship with Lindsay Lohan.