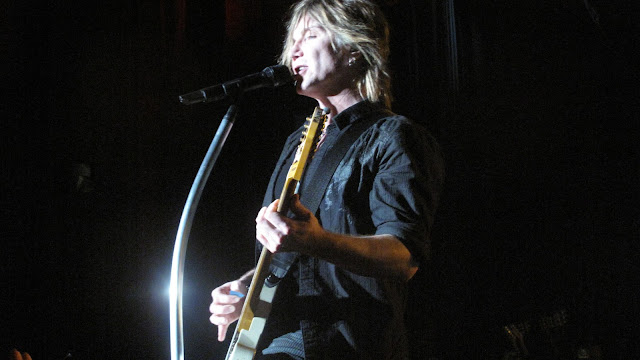 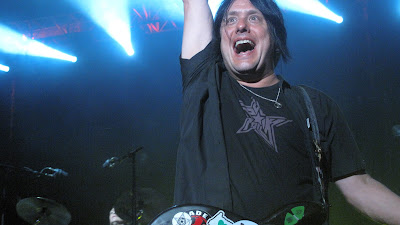 Tonight, like many a hot August night before, the Goo Goo Dolls presented their opus of greatest hits alongside some of the songs from their recent CD Something For The Rest Of Us and a couple of unreleased ones as well. The band is playing in unholy 90+ degree heat here on the East side of L.A. but the sold out crowd is happy to be here.
And so is the band.
Having been playing on and off for the last couple of seasons and most recently in and around Southern California, this is the homecoming gig and the final date of the tour. The friends, the industry and the fans all show up for this one.
Tonight NY is preparing for an enormous hurricane moving North up the coast, this coming in the wake of an earthquake(?) in Virginia last week. The aforementioned temperature tonight is unseasonably HOT which is rather odd considering last summer it was overcast and never reached anywhere near these degrees of celsius.
Last year I brought my teenage niece and nephew to this same spot to see GGD. They were babies when Iris first came out, but their mother loved the song and many of the band's others and the twins were raised on the sweet voice of Johnny Goo passionately pouring his heart out amid big bad strings and an entire orchestra of intimidating learned musicians all there to play whatever Maestro Rzeznick told them.
There's the history of the band. I was there for some of it, missed a big chunk in the mid-nineties, but picked up where we left off a couple of years ago when I attended a free promo mini-concert in a Best Buy Parking lot in West L.A. I stood in the meet and greet line and sent my then 14 year old niece ahead of me to get his attention. He barely noticed her, even as she faux-sexily told him they would one day be married. They both laughed. Then I stood up. Johnny had been wearing mirrored aviator shades (inside) but took 'em off and we embraced (masculinely). Rob and Mike too - it had been a couple of years since I'd seen them. The folk in line behind us stood and stared at the obvious rush of familiarity passing between us. 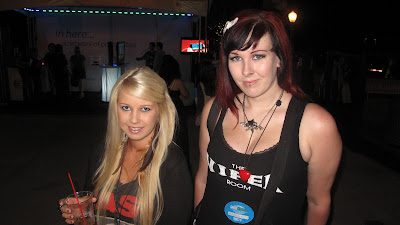 Ally and Maureen Benedict (Burning Stars) hung out with me as I got my photo pass. There were some strict rules. I think I signed a confidentiality agreement and it's not really all that interesting except for the fact i had 2 photo passes one which said "AllNight" and the other which said "Whole Show". John clarified later that he wanted me to be able to stay in the pit at the foot of the stage all night long - snapping away til my digits turn blue. But like the other photo pass possessors I obediently  abandoned that prime spot because of some vague technicality. I walked around snapping whatever and whoever I felt like because I had the right combo of passes for that. 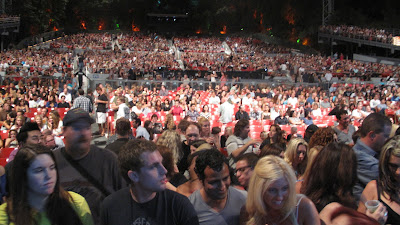 That's a lot of people who came out to see my friend John's band!! 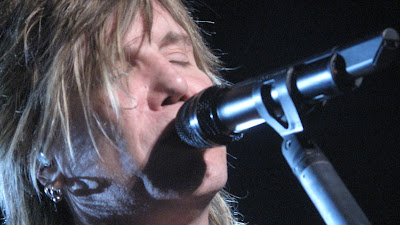 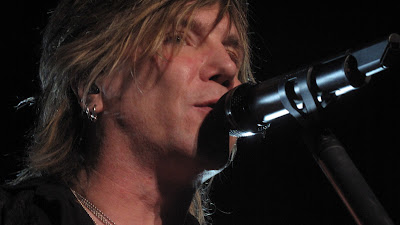 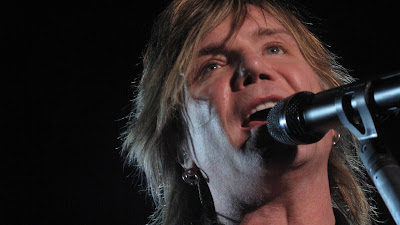 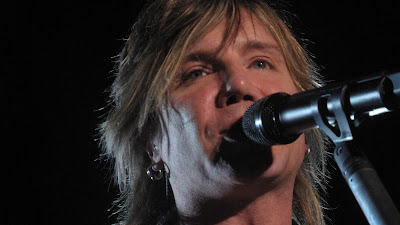 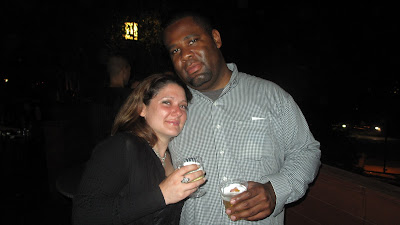 After the show was a small meet and greet.
I was surprised to run into my friend Kirk Fletcher! (pictured above) 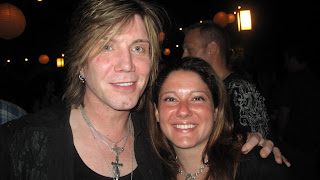 and here's a picture of Kirk's date with Johnny!!
GOO GOO MUCK!