Leon Ware At The Edison (aka Nikki Grier Broke My Heart) 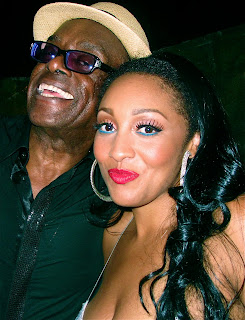 Leon Ware is a singer, songwriter and producer, best known for crafting the 1976 hit album, I Want You, which was
originally designed for him, but ultimately it became a classic (and my favorite) Marvin Gaye album. Ware is also notable for writing the Top 5 R&B single, "I Wanna Be Where You Are", for Michael Jackson in 1972, and creating the Body Heat album with Quincy Jones. He also collaborated with Maxwell on his stunning debut album Maxwell's Urban Hang Suite. 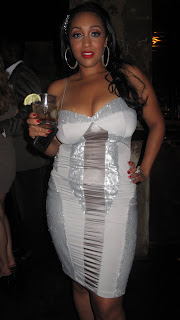 Nikki Grier is a singer with a gift.
Part church, part R&B, part classic soul and all woman, Nikki walked into my life a few years ago at Harvelle's as a featured singer with Ryan Cross' SoulFunk. She tore it up (and then some) leaving my heart racing and my jaw on the floor. I became an instant fan.

Nikki's live appearances have been rare in the past, but she used to frequent The Toledo Show so I would often see her on Sunday nights. She hasn't been around in a while, so when I saw she was going to be at The Edison with Leon Ware, I was anxious to attend. In the past Nikki has told me stories of New Year's Eves spent in Japan in front of thousands, singing with Leon Ware.
Nikki's latest release "Soulgasm" says it all. Sensual and seductive Nikki's charms are impossible to ignore. In addition to her own music, Nikki has been a staff member at Aftermath (Dr. Dre's imprint) writing and singing alongside label superstars Eminem, Busta Rhymes and 50 Cent.
Posted by Nick Faigin at 2:22 AM