Austin Young : Nudes On The Beach 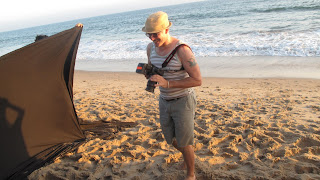 As part of Road Concert on Sunset Blvd photographer Austin Young offered to take anyone's portrait right on the beach at sunset. An idyllic backdrop with Austin Young behind the lens, an incredible opportunity for anyone - the only stipulation being you had to be naked.
The logistics of this relatively illegal act (public "indecency") necessitated a blockade of some sort being erected to prevent arousing too much attention. Once a series of large sheets were positioned, Austin stood inside with his naked subject and clicked away. 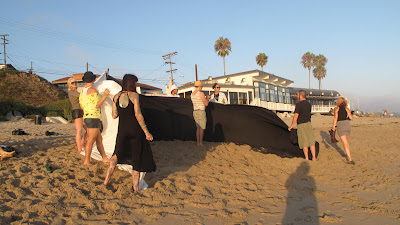 As you can see from the photos, the wall of sheets actually created a rather unique spectacle causing more intrigue on Malibu beach (right behind Gladstones) than not. 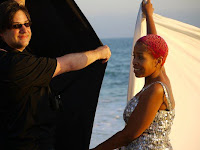 I did not sit for Mr. Young - exhibitionism is not my thing - but I was there to record the event and assist in sheet holding. The nudity was not full frontal or anything, it was tasteful, and used Austin's sensibility of light and shadow and the uniqueness of his subjects. While several tattooed sub-culture types were present and eager to doff their clothing, this was tempered with a couple of so-called "ordinary" people. People celebrating life and the human body and the art of it all. 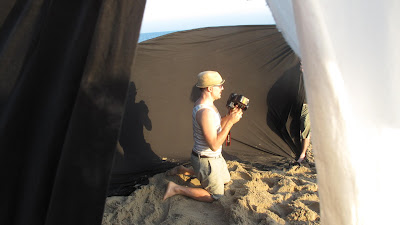 Austin Young's website is [here].
Below is the first 2 released photos from the shoot. 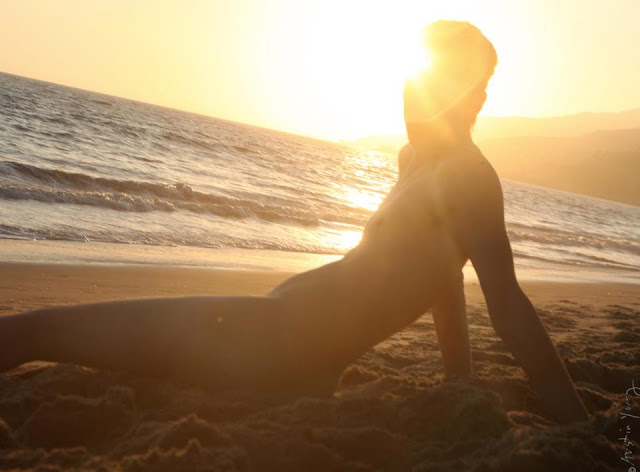 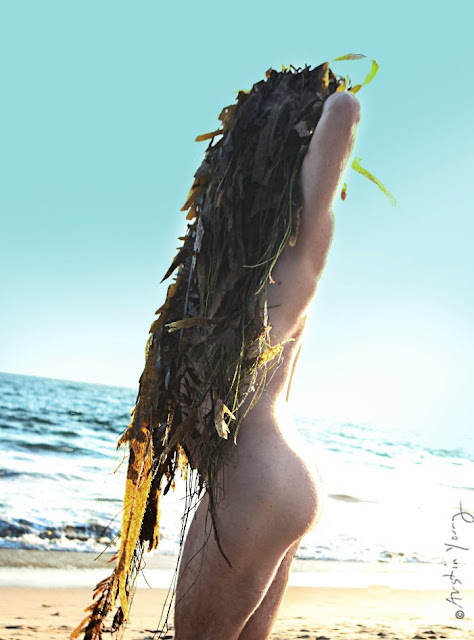