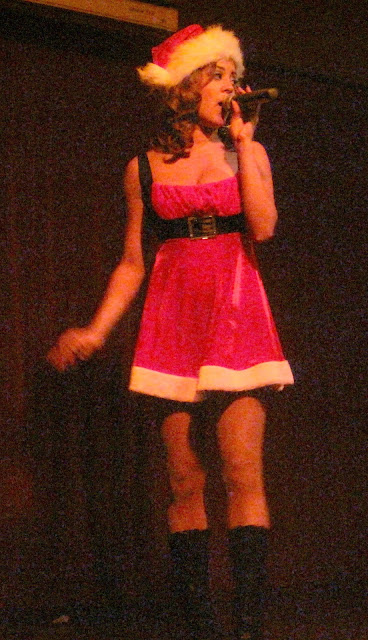 My favorite multi-hyphenate, (singer/rapper/dancer/actress/model) Vakisha Coleman has her very own talent showcase! Her V-rioty show filled Mama Juana's with dancers, singers, rappers, musicians and comedians, but the true draw was Lady V herself, who entertained in-between acts and opened the night with her rendition of "Killing Me Softly", which had the crowd chanting Wyclef's "One Time/Two Times" line on cue. The Vakisha Experience is vibrant and wild, funny and sexy and completely unforgettable. Tonight there were four costume changes. She's a down-to-earth diva, a salsera with soul, she's also the undisputed champ of the "Yo Momma" insult, having won an MTV sponsored (Wilmer Valderamma hosted) show of the same name. 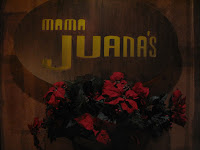 DJ Unieq was the night's keeper of the beats, and along with Paris Paul and K.G. Superstar - his hip-hop compatriots, collectively known as The Club Bullies - they rocked the house and raised the roof with a set highlighting their many hip-hop records. 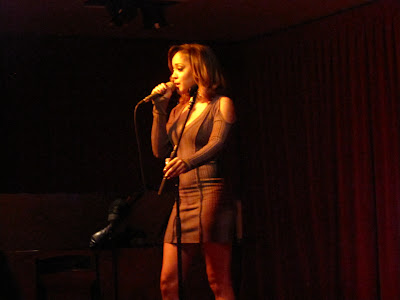 The V-Rioty Show is a once monthly type thang. The next one is Jan 17.

Posted by Nick Faigin at 3:53 AM No comments:

The Floor 46 : The Night In Still Pix 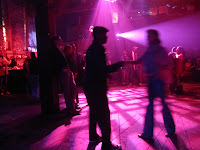 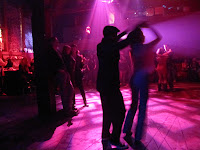 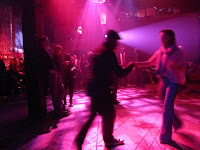 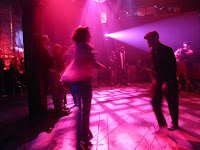 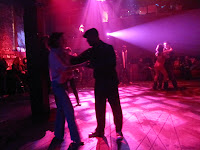 Happy Birthday and much love to Carolina & Sascha
Much love to ƒloor ƒamilia, Walter Davis, Asa Watkins, Club Bullies, Magnolia Memoir, Mario, Carla, Maus & Annukka at King-King, all the musicians who played their collective hearts out this year and of course all the dancers who bring the dream to life!!

Posted by Nick Faigin at 9:29 AM No comments: