Life's A V-Riot With Vakisha
(aka Driving Through Your Neighborhood) 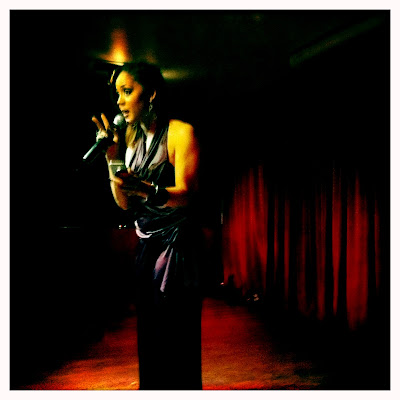 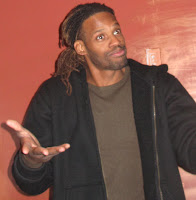 Things are never dull when you're around Vakisha Coleman. The singer/ dancer/ actress/ model/ spokeswoman/ rapper is all that and then some!
Her monthly showcase at Mama Juana's - "The V-Rioty Show" is a fresh approach to an old format. Vakisha is always performing somewhere, but tonight allows her to host and sing and let everyone else do the heavy lifting. 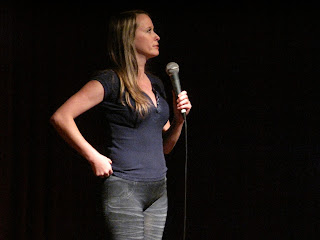 
Comedians, beat-boxers, dancers, singers, rappers and Lady V's own soulful rendition of "His Eye Is On The Sparrow"made the evening an unforgettable one. Additionally, she closed out the night singing Donna Summer's "Last Dance" - (one of the greatest songs of all time?!?).

In an impromptu finale, Vakisha instigated a jam between the beat-boxer, the didgeridoo player and the tap dancer. It was brilliant!! 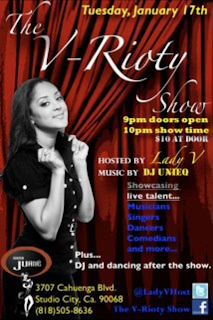 Performing third, I laid down some spoken word - reading my poem "Driving Through Your Neighborhood" (see video below).


I was followed by didgeridoo crafter/ performer William Thoren who presented his instrument (which can be monotonous) with excitement and originality. Bravo! Outer Circle B-boys Peru, Inglewood and Gyroe (under the moniker "The Bukake Kings"), who despite having made the beautiful mouth of Lady V utter their disgusting slang name, kicked the shiz out of the dance floor. These boys are crazy!
The next V-Rioty Show is Feb 21.
Follow on Facebook [click here]