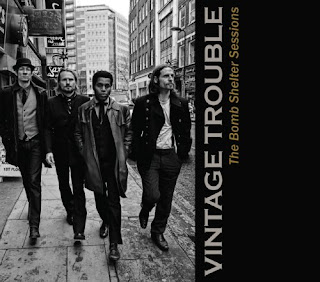 One of the criteria I have established when listening to albums for the first time, is "Is it funky?" and "Is it funky enough?".
I can't help it, those are the rhythms that move me the most. A head-bobbing groove can take me away for the duration of the record. (That's why samples are good; they take the funkiest part and loop it over and over again. A group like Breakestra understands this - and they are amazing because of it.)

I looked at some other music lists - specifically Spin, Rolling Stone, Billboard,  Pitchfork and NME to see what they championed and what they dissed - make sure I didn't miss anything *too* obvious or important; there's so much diversity amid the morasses of sub-cultures and genres in music these days that it's not possible to hear everything, like it once was. 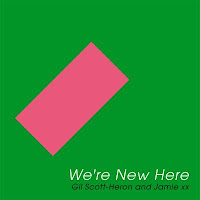 I try.
I really do, but I've had to employ the funk threshold more often than not these days. It has to be somewhere WAY above a baseline for me to truly enjoy it, but I'm completely open-minded to what others are listening to and enjoying. Ergo, this list is going to be the list I made before doing this research. I wanted to see how "in" or "out" of touch I am.

1. Vintage Trouble - The Bomb Shelter Sessions (UK Version)
This collection of songs by VT made my top ten list last year, but they re-released it in the UK with bonus cuts and new packaging (and on vinyl), and this record is one of my favorites and has become the soundtrack to my life. Get it if you can find it - it's not even available on iTunes right now. What's up with that? I guess they're preparing a proper first release. (note: it is available on Amazon and through the band's website). See video below of VT at The Troubadour in L.A. from Jan 5 2012.


2. Gil Scott-Heron and Jamie XX - We're New Here
The passing of my hero, Mr GSH was a harsh conclusion to his life; one filled with drug abuse and prison stints and finally HIV. But the great part is that he touched me so deeply, and I have done my best to pass it on. There will never be another  Gil Scott-Heron. This "remix" album is an "other-worldly" ambient post-script to his last - his most jagged - release and - I guess - his life. Rest In Peace Gil.
3. Lenny Kravitz - Black & White America
The funk factor is very high here, and I love when Lenny gets it right! It's a solid gold collection with great songs, deep tracks and a lot of genuine inspiration. The keyboard solo in "Looking Back On Love" is an unexpected treat, like the 2nd half of "Layla". 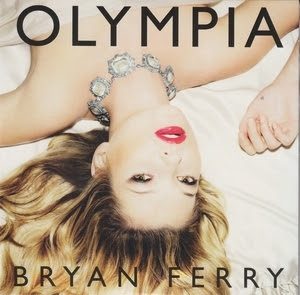 4. Bryan Ferry - Olympia
Now THIS is baby-making music! For 66 years, Bry-Fy has been an absolute scoundrel with the ladies. Since his divorce in 2003, he's a re-make re-model of himself with his new 29-year-old bride, as he continues to be the the most restrained perpetrator of the funk. Funk, nevertheless, but highly restrained. Recently Bryan - (who - full disclosure - was one of my boyhood heroes) - has come out  as an artist - a visual artist - and he exhibited at the Michael Kohn gallery while on tour last summer. The upside down portraits of Kate Moss on his album cover being the most recent of his works. 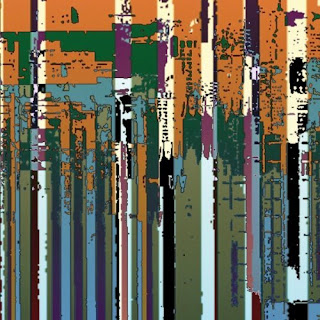 5. Brian Eno - The Drums Between The Bells
A collaboration between Eno and British poet Rick Holland. Not easy to listen to, and I don't totally recommend it, but the fact it exists at all landed it on this list. That said, there are some very cool tracks on here and I love the cover art.

6. R Kelly - Love Letter
His performances on all the major late night shows were literally breath-taking. What he brings to live is so much excitement, he's James Brown meets Elvis. He brought his darkness into the light, exposed himself, went on trial and was redeemed; and now he's been putting out records like there's no tomorrow. Maybe there isn't. 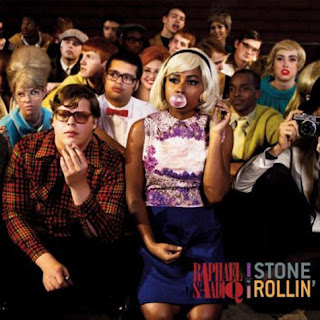 7. Raphael Saadiq - Stone Rollin'
The funk factor is a very high here, and it's extra tasty as it's sweetened with authentic soul! Raphael always places, but this time, Raphael wins!!! (He even name checks Leon Ware!!) 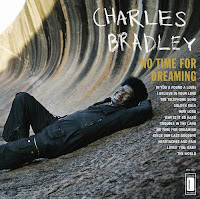 8. Charles Bradley - No Time For Dreaming
Modern soul man lays it down thick as molasses with this one.
Has to be heard to be understood. Heavy. 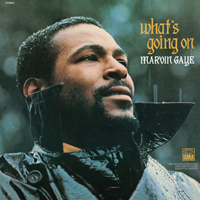 9. Marvin Gaye - What's Going On (40th Anniversary Edition)
This could be his greatest hits album, but of course, it's not. His actual hits catalog is huge. WGO is a small but significant part of Marvin's output. It demonstrated his humanity and depth and it really showed who he was as an artist. Not just a playboy crooner or a Sinatra-wannabe, but a genuine artist, whose originality and talent and vision converged to create this masterpiece.

Everyone knows the song "What's Going On"; it's right up there with John Lennon's "Imagine" as the world's most humanistic songs of brotherly love. Sensitive and passionate, this album doesn't need outtakes and cutting room floor bits & pieces, but since I could listen to Marvin sing the alphabet and fall deep into it, the lost studio moments are real gems.
I took the bus in the rain to Ameoba on the day they released this to buy it. It has the original brilliant album in it's remastered state - allowing you to hear every nuance in the studio, adding depth and opacity to the experience. There's another alternate (Detroit) mix which has been previously released and a bunch of studio odds and sods, several of which I hadn't heard before. Right on? (It also comes with an actual vinyl record of the remastered album)
What's Going On was a protest album as much as any acoustic strumming folk singer's. Once i understood that, everything made sense. It continues to be an inspirational listen, when by today's standards that's truly an oxymoron. 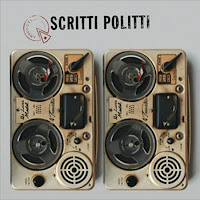 10. Scritti Politti - Absolute
A sometime ridiculous secret pleasure, this hits (and others) compilation reminded me why I've been a devout follower of Green Gartside's since the early '80s, no matter what. Some post-punk, some slow soul, some funk, some new wave, some reggae, some hip-hop, guest appearances by Mos Def, Me'shell N'degeocello, Miles Davis(!) and a lyrical rulebook like no other is what this compilation has on it. Like Roscoe's Chicken and Waffles, it's all good, although not always necessarily good for you.


If you have a few minutes check out this performance by my number one favorite band - Vintage Trouble. Shot at The Troubadour on Jan 5, 2012.