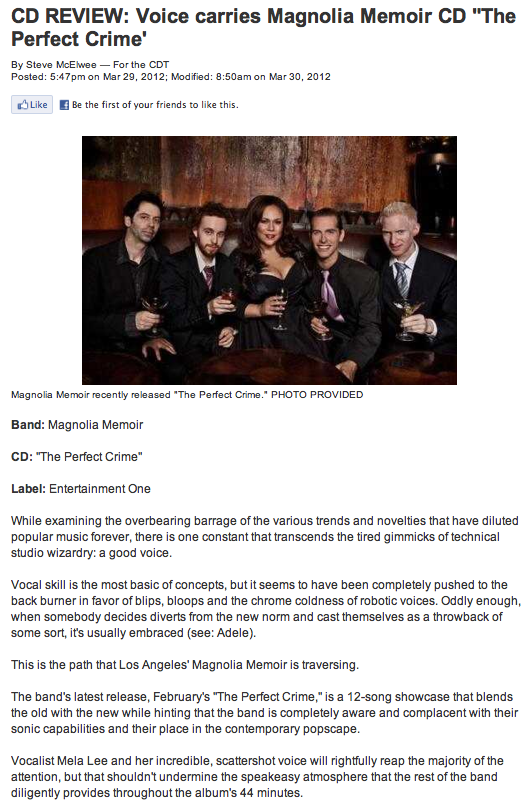 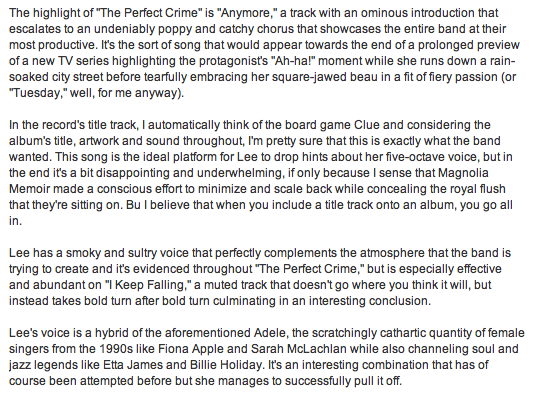 Posted by Nick Faigin at 6:15 AM No comments:

Last night Johnny played at a Green Party Benefit.
He performed 3 songs; Slide, Better Days and Iris.
He was accompanied by Brad Fernquist.
Here's the video: 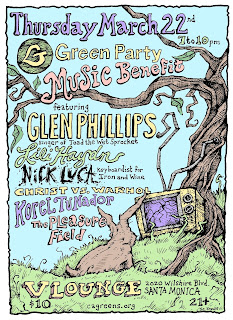 Posted by Nick Faigin at 5:53 AM No comments:

The Floor was written up recently in the L.A. Times. The piece written by a Times staffer, praised the night for it's originality, music and atmosphere, but the The Floor is really about dancing and that is obvious enough to any remote outsider joining in for a night. Tonight though wasn't about outsiders; tonight was about Jacqui and Wes - he a Club Bully and she - his beautiful bride. Getting married on a Monday is pretty novel, but having your reception inside The Floor is downright genius!! Filled with members of the wedding party, it was a party indeed, having started earlier in the day at the church and continuing on to the King-King. Once there, we celebrated with some traditional wedding rituals - introduction of the bride and groom, first dance, bouquet throwing and dancing with strangers (thank you Vakisha) - the party atmosphere was in full swing by the time the club patrons started arriving around 10 pm.


The night was DJ'ed in part by Unieq, who took an early leave and left the decks in the hands of fellow Club Bully Paris Paul, who sliced and diced the music seamlessly, then generously turned the DJ'ing over to the super cool DJ Crystal Ellis (an international Playboy™ Playmate according to her business card!)

Among the usual Floor good times, we were treated to a vocal and dance performance by the one and only Toledo Diamond (of The Toledo Show) and one of Carolina's beautiful burlesque routines, which like the early days of The Floor, had her descend from the King-King's 2nd floor spiral staircase, shakin' her groove thing step by step until everybody was thoroughly engaged and cheering for more.

Walter Davis led the band which included Floor 1st timer - guitarist Joel Van Dijk (Ultralove, Aloe Blacc) - along with keyboardist (the freshly graduated) Julian Le, Ethan Farmer on bass, Asa Watkins on drums with Fuzzbee playing the flute and a drummer named Spanky giving it up like his life depended on it.
Dessy DiLauro got on the mic and treated us to her multi-octave jazz vocals, trading licks with Walter. Tap dancer Sarah Reich strut her stuff going back n forth with the drummer (Spanky), further stretching the boundaries of what a tap dancer can do. She never fails to impress. Singer Blu Nyle brought her considerable mane of curls up on stage and left the audience rapt and excited. Additionally The Dukes of DooWop provided some great vocal harmonies in a brief performance (Carolina and Sascha's new club Friday Kind Of Love is a doo-wop and soul themed night.)


To view the photo album on Facebook and tag yourself or others click [HERE]
Posted by Nick Faigin at 11:27 PM 2 comments: 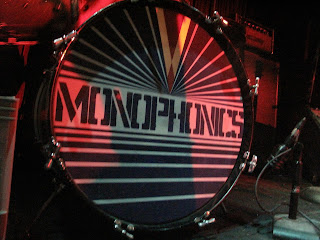 Tonight at Harvelle's Santa Monica MONOPHONICS are taking over [official website]. From the Bay Area, they are just signed to UBIQUITY (one of the coolest labels ever!)


from the press release:
Monophonics were formed in '05; originally a instrumental ensemble comprised of guitarist Ian McDonald, bassist Myles O’Mahony, saxophonist Alex Baky, trumpeter Ryan Scott, and drummer Austin Bohlman, the band has recently added the dynamic soul vocals of keyboardist Kelly Finnigan. The result is a psychedelic soul & heavy funk sound, which harks back to the stylings of the late '60s and early '70s, all while keeping its feet planted in the present.

Their Ubiquity debut, In Your Brain is now available for Pre-Order. Also be on the look out for a special 7'' to be released on Record Store Day.


San Francisco and it's out laying townships and suburbs have a long history of soul funk, psychedelic soul, acid jazz, rare groove, and other unclassifiable yet deeply funky stuff. Not just the known stuff from the 60s and 70s, like Tower Of Power and Sly & The Family Stone, but obscure artists like The Propositions, The Mighty Ryeders, and Spanky Wilson, continuing through to modern bastardizers from the 90s like Limbomaniacs, Faith No More and Mr. Bungle, new traditionalists like Charlie Hunter and Mo'fessionals and revivalists like Mike James Kirkland, Orgone (LA based actually) and Monophonics, going strong today.

I spent much of the late eighties and early nineties making regular trips to San Francisco specifically to The Groove Merchant* to collect rare vinyl and everything on the Luv N Haight label which was primarily vintage tracks no one ever heard, available for the true groove connoisseur, the crate digger looking for the ultimate head-bobbing track. In the Beastie Boys song Professor Booty, they pay tribute: "This one goes out to my man the Groove Merchant/ Coming through with beats for which I been searching". Brilliant. Many Luv N Haight titles are available [here].

Of course, with YouTube and mp3s and funk blogs and many compilations from all over the planet excavating through every nook and cranny, funk and it's many niche genres, it's all well documented and readily available. But there's nothing like hearing it live.

MONOPHONICS are blasting off tonight at Harvelle's 1432 4th St. in Santa Monica (between Broadway and Santa Monica Blvd). Come down, it'll do your soul some good.

*note: the URL www.groovemerchantrecords.com doesn't seem to work any longer.
Posted by Nick Faigin at 5:28 PM No comments:

This Thursday (Mar 22), the Green Party is having a music benefit at the V-Lounge. Besides the names on the art posted here, Johnny Rzeznik has been added to the bill.* 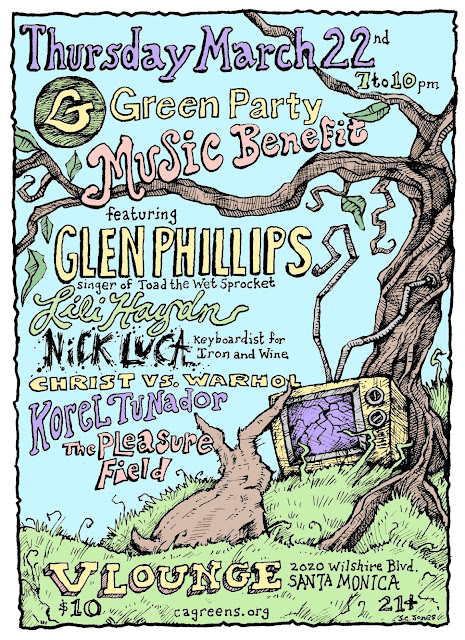 *FYI - I have no affiliation with The Green Party.
Posted by Nick Faigin at 6:47 AM No comments:

The Floor in The Times : Swinging Into Action
...occasional live poetry is improvised 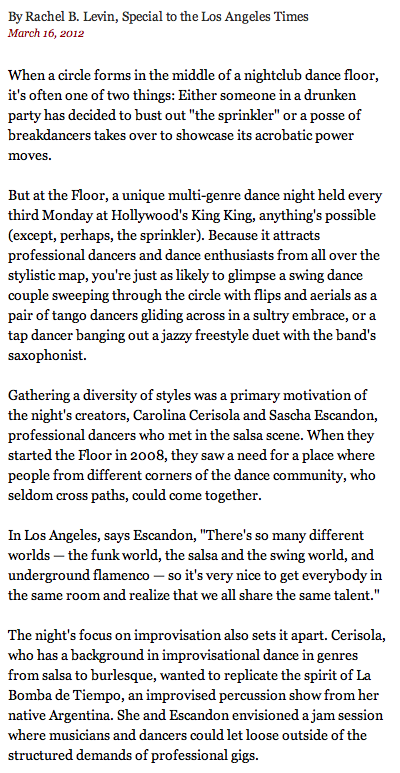 At the Floor, everything — from the dance moves to the live music to the singing and occasional live poetry — is improvised. 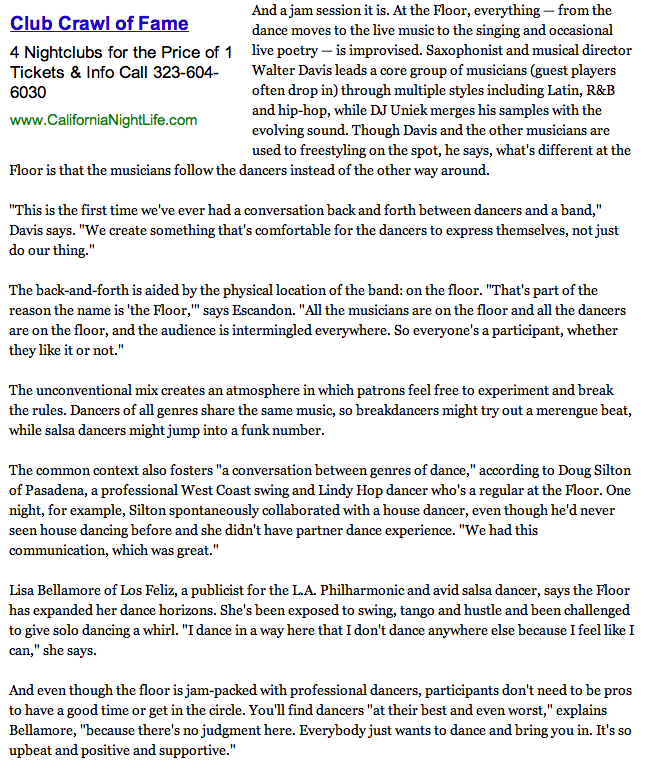 The Floor
is Monday March 19
at King-King in Hollywood
6555 Hollywood Blvd.
[link to L.A. Times]

Posted by Nick Faigin at 4:47 PM No comments:

i will inhale deeply
the aroma-
unique
and one-of-a-kind-
exclusive and rare...

i wasn't properly weened off of it
so now,
i think about 'What Is And What Should Never Be' - as
Led Zeppelin put it - and I can't improve on that -
they knew far more than me about the blues
at the age they were when they wrote that lyric.
Posted by Nick Faigin at 4:58 AM 1 comment:

Labels: led zeppelin, what is and what should never be 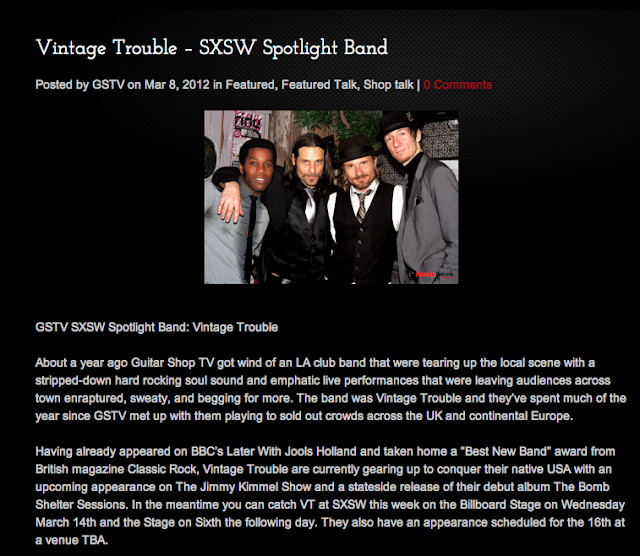 follow this link to the GUITARSHOP TV for this article + video interview and some live footage!!
Posted by Nick Faigin at 7:28 AM No comments: 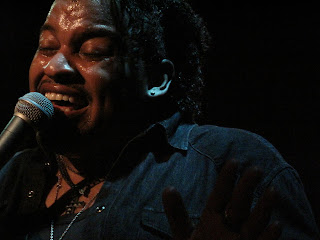 House Of Vibe is still on the road with Chali 2na—
Tonight at Harvelle's it's C.J. Emmons!
[official website]
Who's that?
If you haven't heard C.J. Emmons sing, you're missing out...
But you're not alone.
C.J. is the real deal.
A cool mix of R&B, Soul and Funk, his 5 1/2 octave range brings originality to classic R&B Songs, while showing his diversity with his original material. See video below for a brief introduction to the man. 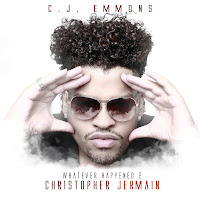 His debut CD is called Whatever Happened To Christopher Jermain (available Spring 2012 - but he might have some copies to sell at the gig.)
C.J.'s band tonight consists of (House Of Vibe's) Kris Hawkins-guitar, Scott “Bugs” Allen-bass, Keith Williams Jr-drums and Marcus Johnson-keys.
note: C.J. is also playing at Harvelle's Santa Monica on Friday, so if you miss him tonight, check him out along with Orlando Napier then.
Posted by Nick Faigin at 1:01 AM No comments:

Leon Ware And The Decoders : Baby This Love I Have

This is a new recording by The Decoders of Minnie Ripperton's Baby This Love I Have written by Leon Ware, Richard Rudolph & Minnie Ripperton. This recording stars Leon Ware on lead vocals and was officially released Feb 14 2012. Rad local funkateer Itai Shapira produced this and played all the guitars on it. KCRW DJ and artist Anthony Valadez did the cover art. Use the link below to download, link or listen to it.

Here's the original Minnie Ripperton version of This Love I Have
Note: this recording was sampled by A Tribe Called Quest on Check The Rhime (below)


A big FTP shout-out to Karen who works with Dick Rudolph and his song publishing empire.
Posted by Nick Faigin at 12:26 PM No comments:

Someone somewhere
set off a
spark
that
surrounded
the
sulfurous head
of a
paper match.

Lit,
it can't be
extinguished.
Though
easily
distinguished
It's pedigree
is
disagreed on.

The eternal
conversation.
White
against
black
in the world series of love.

I hide
from
disappointment.
They run
to rock
your shoes.
Posted by Nick Faigin at 5:56 AM No comments:


I kick-start the parade by my very own action.
Posted by Nick Faigin at 12:57 AM No comments:

When you asked me if I would dance
I was as nervous as a schoolboy
but you were kind and generous
and we danced.
Posted by Nick Faigin at 1:56 PM No comments:

The International Review Of Music has reviewed Magnolia Memoir's The Perfect Crime.
For the full review click HERE. 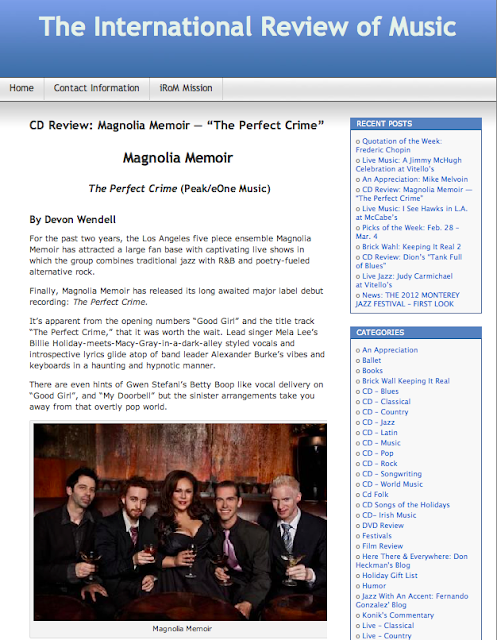