Magnolia Memoir : What's A Good Girl To Do? 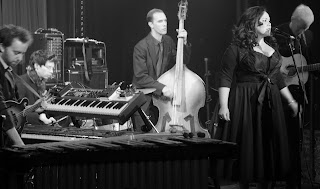 Tonight we celebrated the release of Magnolia Memoir's new album, The Perfect Crime. Mela in her vintage black dress, matching jackette and classic black 4" heels took her spot in front of the mic and opened her mouth and out came "What's A Good Girl To Do?", which along with the title cut are the thematic mood setters of their new one.

However, this band is about music and they deliver! They are all superior musicians and are ready for the world to hear 'em. The rest of the band is Aron Forbes (electric & acoustic guitar), Alexander Burke (keys, vibraphone & mandolin), Gordon Bash (bass & double bass) and Matt Lucich (drums). 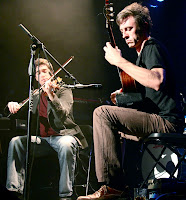 Opening act Duo Del Sol playing a short set of their neoclassical originals arranged for guitar and violin; the duo specialize in dynamics, hushing the room during the quiet parts, and with wild participatory applause for the raucous sections. Their set was brief, and without much hesitation after the played their final number, the boys from Magnolia Memoir sauntered up to the stage silently and took their places.
While MM have never been about fun and games, this new one definitely takes you down new avenues that the band has never been before. They have been compared to Tom Waits and Billie Holiday, but these days there's no missing their healthy dose of rock 'n' roll and angsty moodiness. While "Broken Cup" treads in circus-crazy territory, Mela's not as "out-there" as Waits and not in as much pain as Billie; Mela could probably sing any style imaginable and the hardest part of her job is crafting a uniformity that meshes precisely with the sounds the other people in the band are making. She can vary her songs' emotions from celebrative to contemplative, and while MM have perused the jazz landscape in the past, I hear definite traces of Chrissy Hynde and Pat Benatar - which creates a whole 'nother memoir to read. Lyrically there are story songs and personal moments alike within the lyrics, Their version of The White Stripes My Doorbell is fun and lively and fully fleshed out which shows what a great song writer Jack White truly is.

Particularly moving tonight was a soliloquy by Mela who revealed the origin of the band was a dream that was stirred up after a visit as an adult to the grave site of her father whom she lost as a child. Her realization that she is still here even though he's gone, results in a "Go for your dreams-times a wasting" message she imparted on us before leaving for the night. This sentiment is expressed lyrically in the track  Chelsea (see video below). A staple in their live set of late, when they play it, a joyous sparkle descends over the whole band! 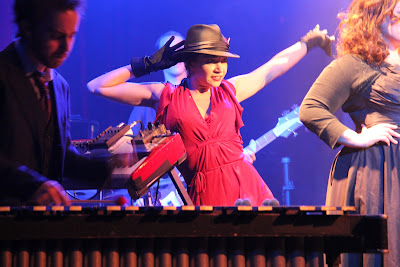 Often bringing something or someone extra along, tonight both Carolina Cerisola (above) and Sarah Reich performed - Carolina (above) in her inimitable style and Sarah with her nu-skool tap (see Sarah's performance in the video below). 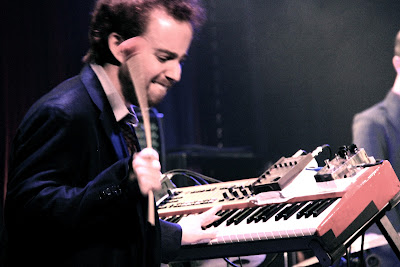 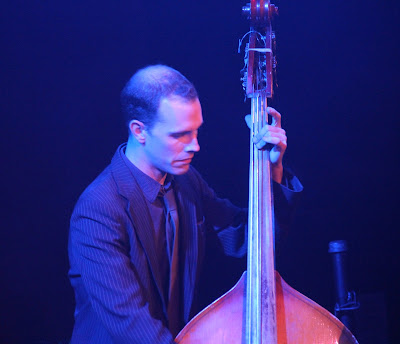 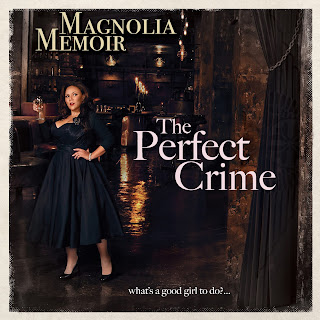 Nick- I so miss you. Thank you for being there...literally til the end. You will always be a part of The Memoir.